September 3rd 1929 was a very important day in the history of Roscommon town as it was on this day that the Secondary School was officially opened, with Mother M Clement Shannon as Principal. She was assisted by three teachers: Miss Una Kilroy, Miss Bridie Fitzpatrick and Miss Mae O’Dowd. Four rooms were occupied as classrooms on the top storey of the Primary School to cater for the students. Extra class rooms were provided by the Primary School until the new school on the Convent side of the road was opened. 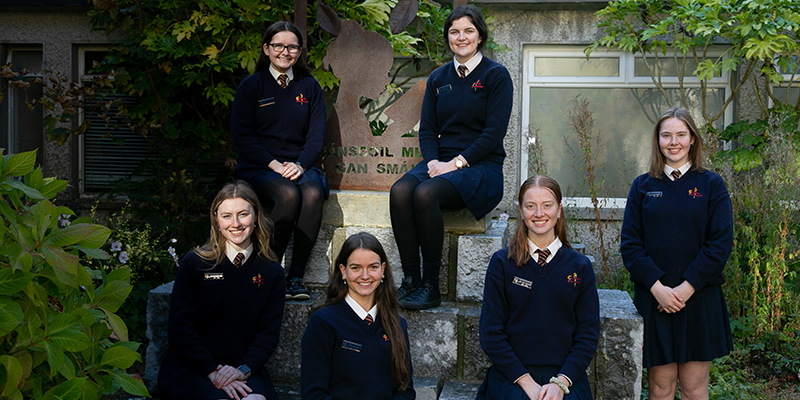 1934 also saw the first extension being undertaken when a new wing was built providing kitchen, pantries, infirmary, single rooms and an enlarged boarders dining room.  For a number of years the Department of Education had considered renovating the Primary school and removing the top storey.  When this work was undertaken it was decided to build a new secondary school on the site of the old St Mary’s Laundry.  This was ready for occupation in September 1962.

In August 1971 work commenced on the new Sports Complex, which was to prove an invaluable asset to the school.  It was officially opened by the Bishop of Elphin Dr. Conway D.D in the presence of Lord Killanin, Olympic President and Mr. O’Donnell, Minister for the Gaeltacht on April 5th 1973.

With the advent of ‘Free Education’ and the consequent increase in enrolment additional classrooms were needed.  It was decided to phase out the boarding school and turn it into a day school for students.  This was done in 1972. 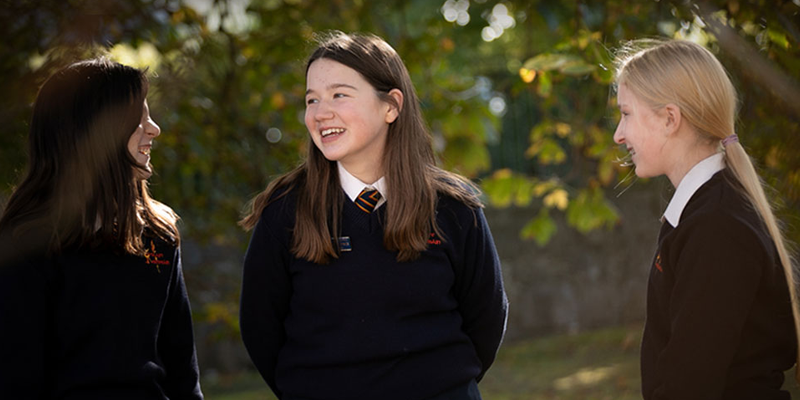 In 1974 the school was one of the first secondary schools in the country to pioneer the new Transition Year programme.  This proved most successful with the result that Transition Year is now an integral part of the school Curriculum with the vast majority of Junior Certificate students now proceeding to undertake it.

During 1991/1992 a refurbishment programme was begun in the school.  This involved the renovation of part of the existing premises and the provision of some new specialist rooms.  The project was part grant-aided by the government.  A committee of parents and teachers organised a most successful raffle to help defray some of the expense involved, with the result that a cheque for £150,000 was presented to the school principal Sr. Catherine O’Rourke in May 1992.

History was made in 1996 when the Sisters of Mercy appointed the first lay Principal in the school Mr Pat Finneran, while they continued to act as the Trustees of the school.

On December 1st 2009, the Sisters of Mercy handed over the trusteeship of the school to a new lay trust body CEIST (Catholic Education, an Irish Schools Trust).

It is impossible in a short history like this to do justice to a secondary school like Méan Scoil Muire gan Smál.  During the years since its establishment it has been synonymous with caring and excellence.  The school boosts high academic achievements at both Junior and Leaving Certificate level.  It has perfected programmes like Transition Year and the Leaving Certificate Vocational Programme (L.C.V.P.).  It is one of the leading schools in the country in the production of musicals and has had notable success in the sporting arena and in other extra-curricular activities at regional and national level (see extra-curricular activities).

It is with a confident step that Méan Scoil Muire gan Smál continues into the twenty-first century, secure in the knowledge that it always was, and will continue to be, in the forefront of secondary education in the country.