U14 Football team through to the Connacht Semi-Final

On Monday 14th of March, the Convent of Mercy U14 Gaelic Football team took on St. Nathy’s College, Ballaghaderreen in their 2nd game of the group stage. The game took place at Lisnamult GAA grounds with weather conditions ideal for a game of football. The Convent girls got off to a blistering start with influential points being scored from Mia White and Grace Campbell in midfield along with good work from Sarah Jane O’Connor and Eve Connaughton. Alannah McCormack and Sarah Reilly put in strong showings in the back line to help keep St. Nathy’s at bay. Backed by their strong defence, the Convent girls pushed on with goals coming from Grace Campbell (2), Clara Tully, Maria Tiernan and Ivannah Looby. St. Nathy’s fought back early in the second half with 2 goals in quick succession but the Convent girls held firm to see out the victory on a final scoreline of 5-08 to 3-08.

On Wednesday 23rd March, U14 footballers travelled down to a sun-drenched Ballyhaunis, to take on Ballyhaunis Community School in the 3rd round of the Lidl U14 B Schools competition. The Roscommon girls started brightly with two quick points from Maria Tiernan and Ivannah Looby. Ballyhaunis hit back with two quickfire goals before a brace of goals from lively corner forwards Clara Tully and Maria Tiernan helped the Convent to a slender 2-3 to 2-2 lead at half time. A goal from Aoife Connolly straight from the second half throw-in put the Convent girls four points ahead before Ballyhaunis came back strongly. With 15 minutes to go, Ballyhaunis led by 2 points, however they would not score again thanks to some heroic defensive efforts from all the defence and a fine penalty save from Ciara Corrigan. Instead, the Convent powered to victory with a goal from the outstanding Alanna McCormack kickstarting the comeback. 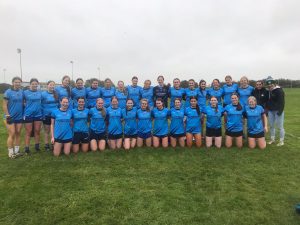 This was followed by goals from Grace Campbell and another from Maria Tiernan, who finished with a tally of 2-3 on the day. The final scoreline was Convent of Mercy 6-6 Ballyhaunis Community School 4-3. This result means the Convent girls progress to the Connacht Semi-Final. Well done to all the panel and their coaches Mr O’Reilly and Mr McLoughlin.

The Convent of Mercy Junior Gaelic Football team made history on Tuesday 11th January contesting the first ever ladies football final in the NUI Galway GAA Air Dome. This was the Junior A Connacht Final against Sacred Heart, Westport. Our girls got off to a nervous start and Westport opened the scoring with a well taken point. After the first water break, Roscommon looked to be settling into the game. The teams were level at half time, Roscommon 2-2 and Westport 1-5.

Roscommon started the second half by far the better team with scores from Michelle Rogers and Niamh Walsh. The Roscommon girls demonstrated excellent passages of play, going 4 points ahead when Westport responded with a goal just before the water break. It was an incredibly close final quarter, but Westport managed to come out the eventual winner. Final Score – Roscommon 4-5, Westport 4-9. It was a fantastic display of football by both sides. Although the result did not fall in favour of the Roscommon girls, it was an historical day for coach Ms Rachel Corcoran and the Convent of Mercy Junior Gaelic Football panel. 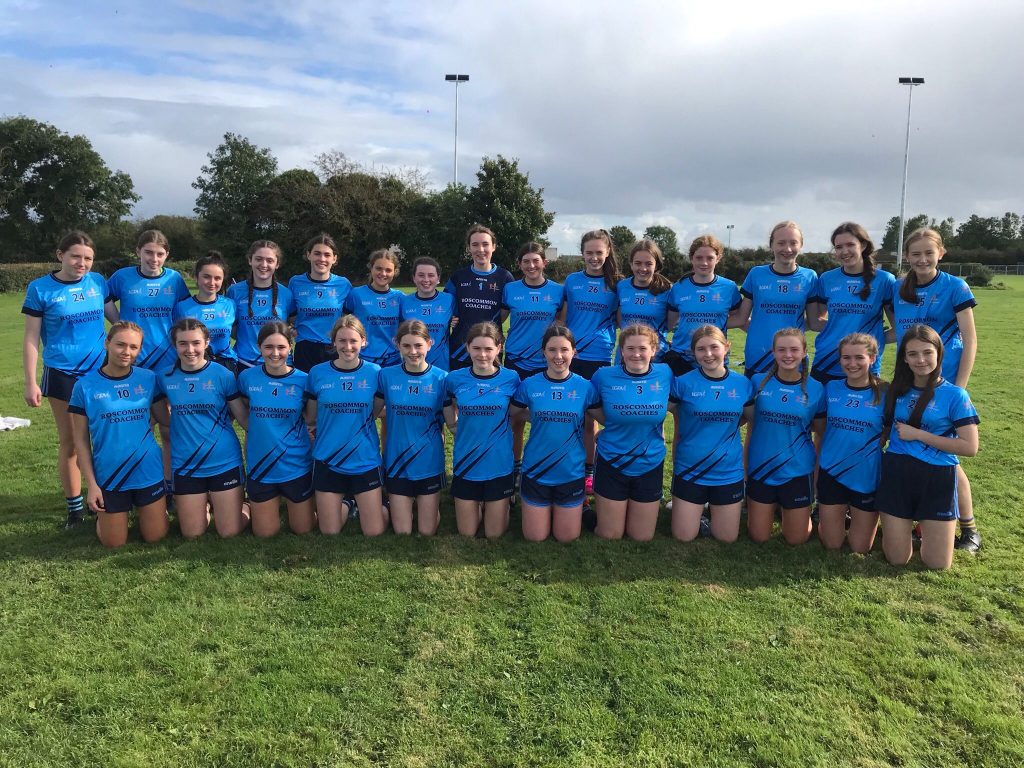